ISLAMABAD: A familiar broadcast sound from the Dera Gujran station reminded Mohammad Nauman of the first stop of his career. In 2020, the young Pakistani man worked in Lahore to prepare the opening of the Orange Line, the country’s first metro train service, and witnessed the friendship between the locals and Chinese workers.

Officially open to traffic on Oct. 25, 2020, the eco-friendly Orange Line metro train is an early project under the China-Pakistan Economic Corridor (CPEC), a flagship project of the China-proposed Belt and Road Initiative.

On April 20, 2015, Chinese President Xi Jinping arrived in Islamabad for state visit to Pakistan. The two countries agreed to form a "1+4” cooperation structure with the CPEC at the center, and the Gwadar Port, transportation infrastructure, energy and industrial cooperation being the four key areas to achieve win-win results.

The two countries have signed over 50 cooperation deals, including the Orange Line project.

"When President Xi witnessed the signing of this project in 2015, I was a university student majoring in transportation. So it was very amazing for me that this whole connectivity was coming to my country,” said Nauman. 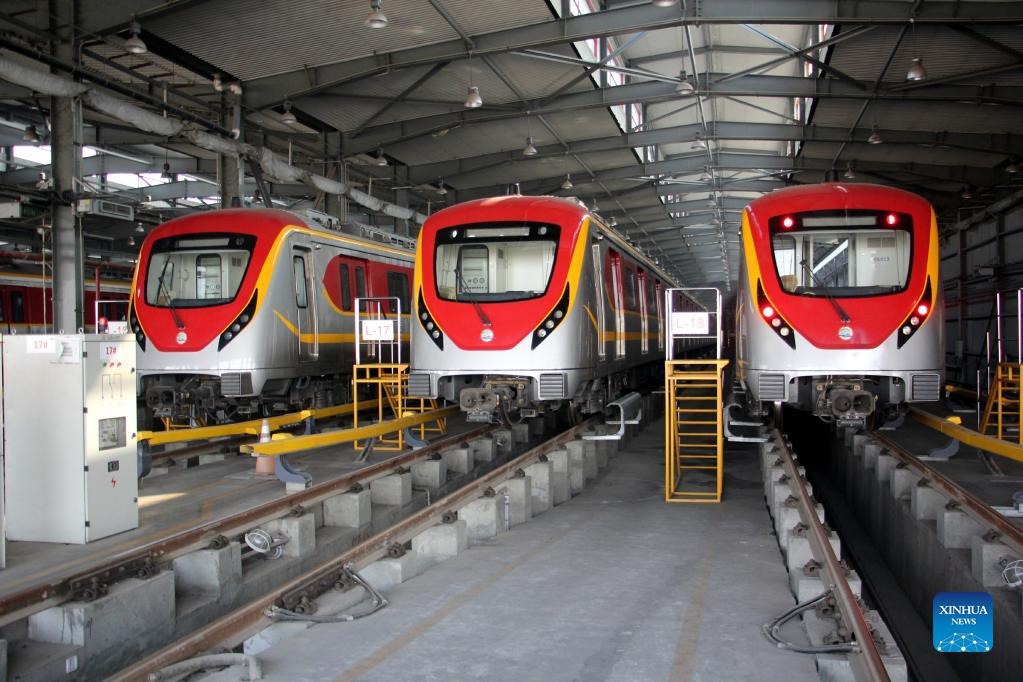 In February 2020, when the project in the second largest city of Pakistan started recruiting operation technicians, Nauman applied and became a member of the operation team.

The team needed to fully master professional skills for train operation, dispatching, driving and maintenance within only eight months before the official opening of the metro line, he recalled, saying that "it almost seemed an impossible task.”

"The group training was organized for local employees, and all of them were required to inspect the Orange Line on the spot to understand all technical details,” he said.

"Everyone is amazed and wonders how our Chinese trainers can put so much effort into this project,” said Nauman, adding that the Chinese trainers showed great patience while teaching the Pakistani employees technical knowledge. 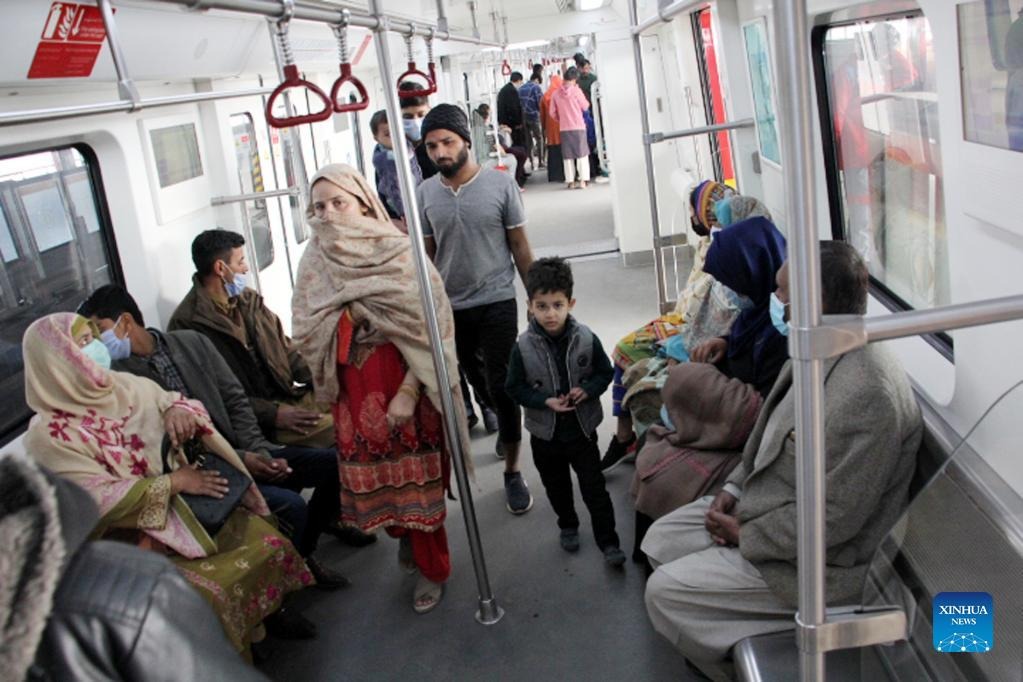 "Most people cannot bear to stand in the scorching sun for two minutes on the overpass, however, the Chinese trainers walked back and forth along the 26 km metro line doing training and inspections,” Li said.

Their hard work had greatly encouraged Nauman and his co-workers, who quickly improved their professional skills, Li added.

After the Orange Line started commercial operation, Nauman began to work as a station master at the Dera Gujran station. "My family is very proud of me being a part of this international project,” he said.

With his own efforts and the help of his Chinese colleagues, Nauman was awarded the "excellent employee of the CPEC in 2020,” and has been transferred to the operation control center (OCC) to work as a train dispatcher. In his new position, Nauman took on a heavier responsibility.

"My position in the OCC, the heart of the Orange Line, is one of the most key positions as far as safety is concerned. We are ensuring the safety for all passengers in Lahore,” Nauman said.

No accidents have occurred so far on the Orange Line which carries 25 million passengers a year, a hard-won achievement, Li said. 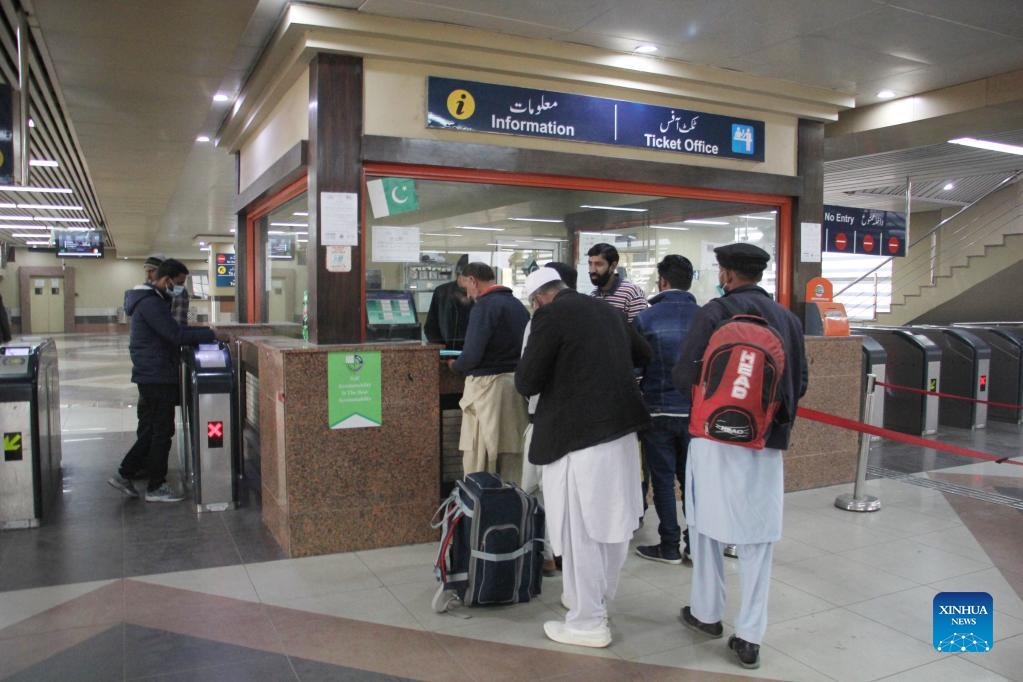 "The CPEC has not only connected the technology and economy of the two countries but also strengthened people-to-people contact. That’s what the Orange Line has been doing,” he added.

The sentiment was echoed by Nauman, who also sees the line as a token of friendship between China and Pakistan.

"China generously shares its resources with other countries, and other countries are getting benefits from that. So I think this is going to give real potential to Pakistan and make the country prosperous,” said Haris Iftikhar, a local passenger.

"I am feeling delighted traveling on this train. We have excellent relations with China. China is a very good friend of Pakistan. So I’m proud of China, and I’m also proud of my own country,” said another passenger named Nyla Zulfiqar.( Photo by Jamil Ahmed/Xinhua)